One of the first memorable challenges that teenagers took a liking to was the Cinnamon Challenge. Back in 2012, it challenged participants to swallow a spoonful of cinnamon within 60 seconds without taking a drink of water. It is now 2018, and teenagers have begun to partake in a new challenge. This challenge involves the brightly colored Tide Pods, which funnily enough, aren’t being used to do the laundry. The Tide Pod Challenge is when participants dare their friends to consume Tide Pods, in new innovative ways. 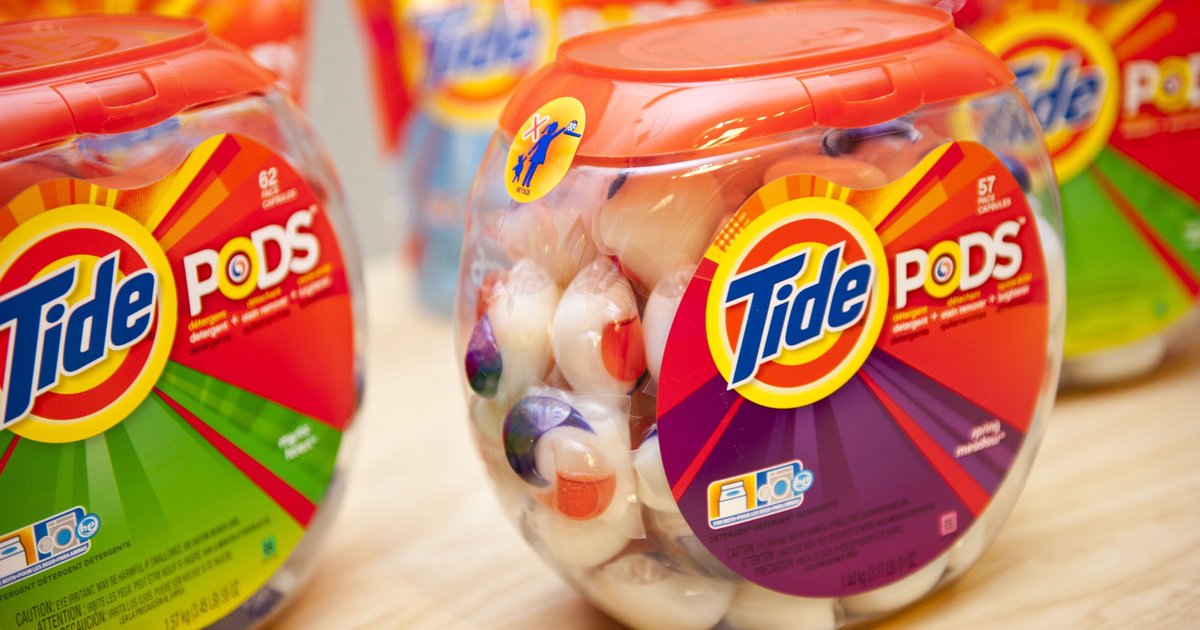 The usage of the brand Tide Pod in “memes” or the actual Tide Pod itself in challenges, has not only impacted the people viewing and/or participating in these activities, but the brand Tide itself. Tide has been placed in a difficult position, because they unintentionally created a brand that would later be used to spur a viral and very much dangerous trend among teenagers. Tide has not cowered away from the trend and the memes, but has responded, using the Patriots tight-end Rob Gronkowski. In a 20 Second clip posted on Tide’s Twitter, Gronkowski says, “Use Tide Pods for washing, not eating.”

What should Tide PODs be used for? DOING LAUNDRY. Nothing else.

Eating a Tide POD is a BAD IDEA, and we asked our friend @robgronkowski to help explain. pic.twitter.com/0JnFdhnsWZ

Proctor and Gamble, which owns Tide, has launched a campaign with the purpose of warning people and promoting the dangers of consuming Tide Pods.

Other companies, however, are using the publicity surrounding Tide Pods to their advantage. Wake N Bake Donuts located in North Carolina debuted a donut that resembles a Tide Pod. Many view the idea of a Tide Pod doughnut as humorous, but others believe that by creating the doughnut, it is undermining how serious the challenge, and its dangers, actually are. A New York pizzeria did not hesitate to push the boundaries and create a pizza in response to the new Tide Pod consuming fad. Known as “Pied Pods,” the pizzeria offers a safe alternative to the chemical filled Tide laundry detergent Pods. The “Pied Pods” are rolls stuffed with cheese and pepperoni which flaunt dyed cheese, which give consumers an impression of a detergent Pod.

Vinnie’s Pizzeria in Brooklyn creates Pied Pods, pizza that looks like Tide Pods and is helpfully "100% not poison" https://t.co/HFNV58Rqn3

Not only are businesses creating products that look like Tide Pods, but they are also using it as an advertising tactic. HuHot, a rising (and delicious) Mongolian Grill, is one of these businesses, but they give it a humorous twist. The grill posted a video on their Facebook, advertising a “new food line item,” while adding in the end “Just Kidding; Don’t Eat Tide Pods; That’s Gross.”

PSA: Tide Pods should NOT be consumed! The Pods pose serious health risks and ingestion can, in severe cases, lead to death.