The cycle just keeps repeating. Every couple weeks or so, we hear the same story. In 2018, America is no stranger to gun violence. Whenever there is a mass shooting in this country, the same course of events occur. Dead are counted. Prayers are uttered. Hashtags are tweeted. And then we move on with our lives. As a human being, every one of us has a responsibility to combat this madness that is ravaging the nation. Forget about being liberal or conservative. Guns are killing our people and they need to be properly regulated in order to protect our loved ones and create a safer environment for the future.

But first, there are some common misconceptions about gun control that need to be addressed. For example, some people believe that the term ‘gun control’ means that everyone's guns will be taken away. This is completely false. Literally no politician is preaching that narrative because it obviously goes against our Constitution. The whole point of gun control is to create laws that prevent the purchase of guns for those who are not fit to use them. For example, it is fairly sensible that people with criminal backgrounds or mental illnesses shouldn’t be able to get guns because they do not have the right capacity to safely use them. Making it harder for the wrong type of people to get guns does not violate anybody’s Constitutional rights. In no way does it mean that guns will be deprived from law abiding citizens.

Another common argument against gun control is the idea that the people are the problem instead of the guns. The phrase “guns don't kill people, people kill people” is often used to represent this rhetoric. This is simply the most bogus argument I have heard against gun control. If people, not guns, are what truly kill people, then why doesn’t the government let everyone own a tank? Why aren’t we allowed to purchase nukes? Sure, a person pulls the trigger, but if we eliminate the possibility of that trigger landing in the hands of the dangerous person, then we essentially eliminate the problem! Obviously there is no way to stop 100% of gun violence. Criminals will no doubt still be able to get guns. But shouldn’t we at least try to make it harder for them? Just look at drug laws in the U.S. Heroin is illegal, but do you think if someone really wanted to get their hands on heroin, they would be able to? Easily, but does that mean we suddenly repeal the law because a few people are able to get around it? Of course not! 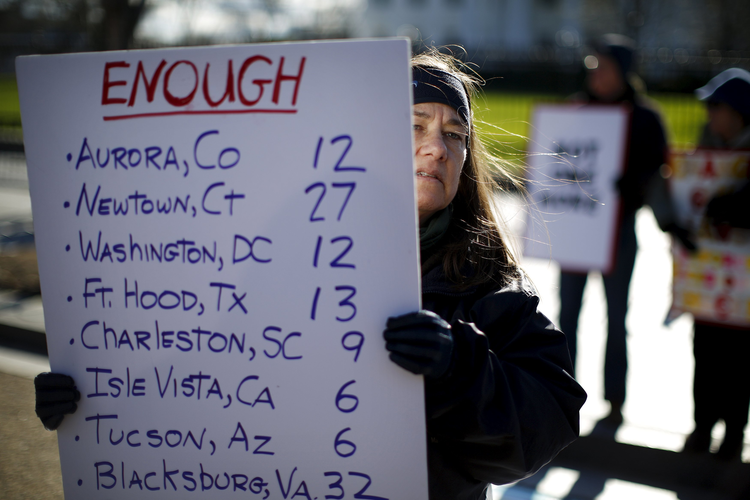 Establishing effective gun control measures is critical in solving this issue. And gun control has been effective. Even simple gun control measures such as background checks would be able to drastically reduce gun violence. In fact, researchers found that a 1995 Connecticut law that required buyers to get gun permits (which require background checks) was associated with a 40% decline in gun homicides. Another instance of the success of background checks can be seen in Missouri, where the number of gun homicides rose by 23% when the state repealed its permit-to-purchase law in 2007. Other nations such as Australia have also seen the benefit of having gun control. After the country oversaw its deadliest mass shooting ever in 1996, Australia’s conservative prime minister John Howard enacted sweeping gun reforms requiring customers to endure background checks, waiting periods, and even produce a “justifiable reason” for wanting to purchase a gun. The result? Australia has had zero mass shootings since 1996. Zero. There’s really no question to be made here. Even the smallest forms of gun control have proved to be impactful in curbing gun violence.

But yet, here we are, still debating childishly over something that shouldn’t even need a second thought. I can only convince people to a certain extent. At this point, your opinion doesn’t matter. Your feelings don’t matter. The only thing that matters is the facts. And the facts clearly point in one direction: Gun control works, and we need it now.