In front of a relentless flow of cheers from an enthusiastic fieldhouse, South’s women's basketball team won consecutive games Friday and Saturday night to become Regional Champions, and advance in the WIAA tournament.

The Blackshirts play next in a sectional game this Thursday at 7:00 against #1 seed Arrowhead, at Brown Deer High School.

The team defeated Menomonee Falls Friday night by a score of 47-30, and won again Saturday against Germantown, 54-44. 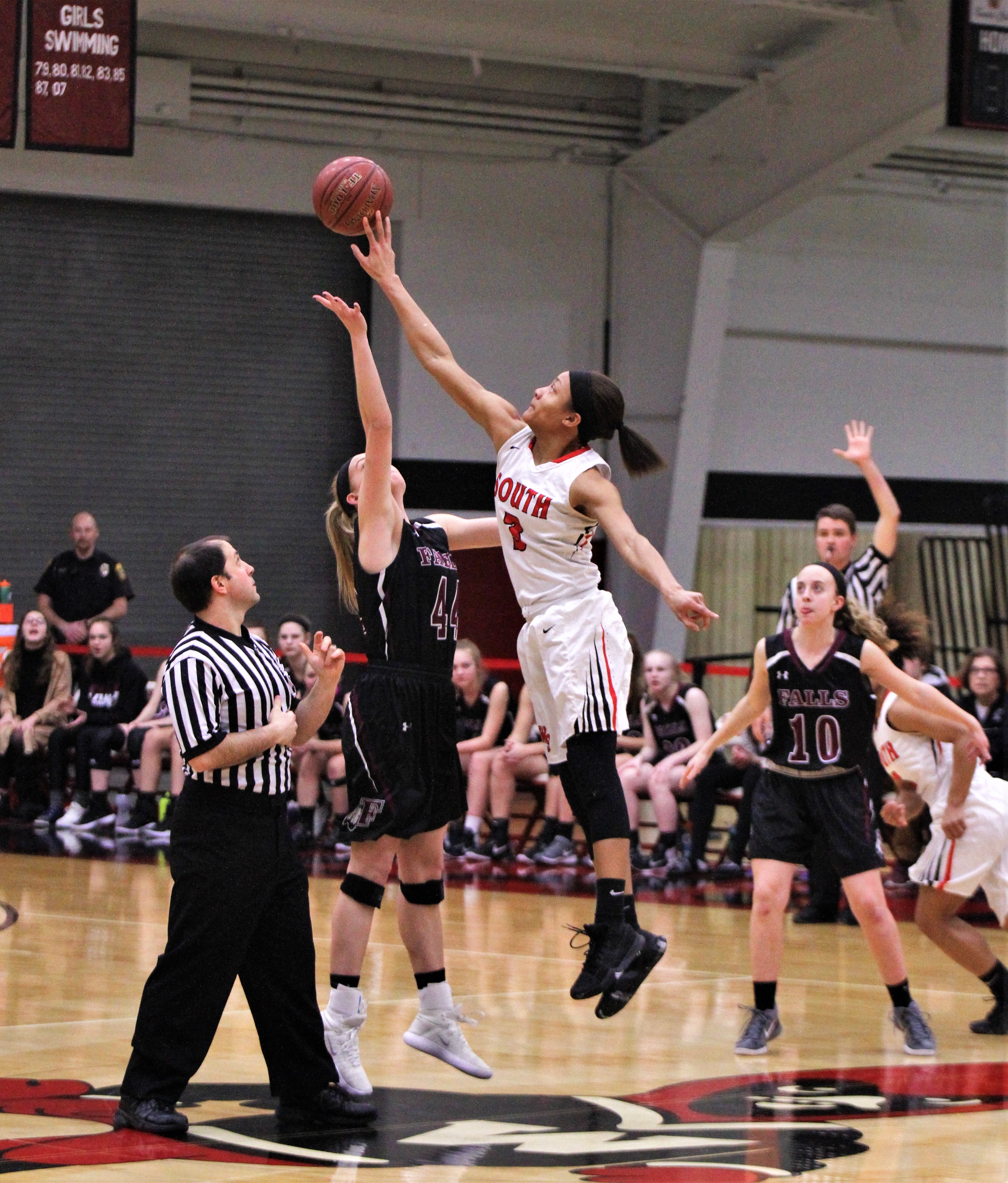 Picture from www.goblackshirts.com, by Matt Lewis

South finished their season fifth in the Classic Eight, and entered the tournament seeded fourth in the 16 team sectional.

South’s players took great pride in the win, as the hours of hard work poured into drills, workouts, and watching film finally paid off. “Winning this game was really big, not only because it made us regional champions, but because it was the last (home) game I would play at Waukesha South,” said senior and three-year varsity starter Emma Kelliher. “Becoming regional champions, with the home advantage, while being surrounded by the South atmosphere, was a feeling I wouldn’t trade for anything.”

In collaboration with Jess Prater